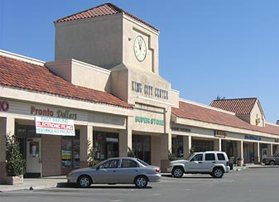 King City is located in the Salinas Valley between the Santa Lucia and Gabilan Mountain Ranges. It is a beautiful area with a rich agricultural history, incorporated in 1911. King City is the “Gateway to Monterey County”.

The City of King derived it’s name from pioneer Charles H. King who was born in New York State on May 3, 1844. In 1884 he purchased 13,000 acres of a Spanish land grant and founded the King Ranch. Charles King introduced the wheat crop to the Salinas Valley. His crops succeeded beyond the expectations of the other settlers in the area, causing the railroads to take note. Southern Pacific Railroad lines to the station called “King’s Station” were completed in July of 1886. In 1901, the Civic Improvement Club was organized for the purpose of improving the town and planting trees. This club was the parent of the present Chamber of Commerce, founded in August 1911, the same year the town was incorporated and named the City of King or King City. King City is located on Highway 101, as well as the main line of Southern Pacific Railroad. It is 155 miles south of San Francisco, 277 miles north of Los Angeles and 47 miles south of Salinas – the County seat. The elevation is 330 feet and the climate is mild with an average rainfall of 10 inches.

We observe these Holidays: